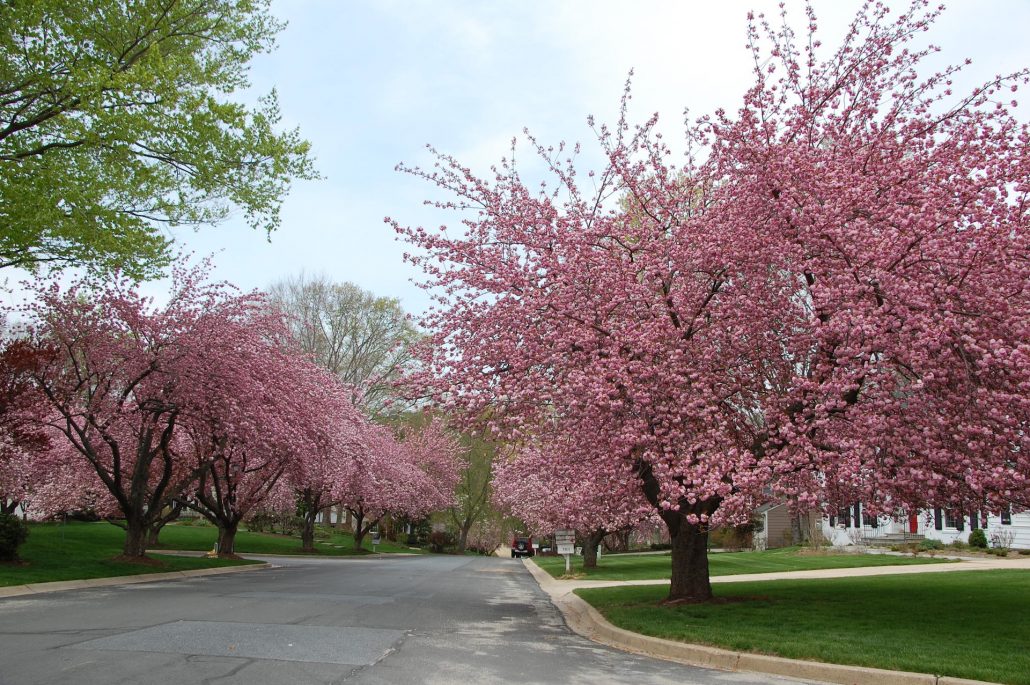 The year was 1963. Potomac, Maryland, known for its horsy ambiance and small farms, was in the sights of developers eager to expand Washington’s suburbs. This would be the year Clarence W. Gosnell Inc. would begin to purchase land on which the residential community of River Falls would soon rise. Gosnell had already established a reputation for building quality family homes. Waynewood and Jefferson Manor in the Mt. Vernon area of Virginia were among several post-World War II communities developed by the company’s founder, Clarence Gosnell. His two sons, John (‘Jack’) and Clarence, Jr. (‘Bud’), would join their father’s business as young adults and spearhead the search for land on which to develop a residential family community in southern Montgomery County.

The search led the builders to land adjacent to the Potomac River, bordered by MacArthur Boulevard on the south and by a dirt road called ‘Brickyard’ to the east. The land was conveniently located just a mile outside the newly opened Capital Beltway – an interstate highway that would become Washington’s Main Street – the primary means of travel in and around the area. Several parcels of property – the Melman, Marsden and Kitchen tracts among them – would be acquired. Although zoned residential, much of the land was hilly, most was forested, and a portion of it (the land later to hold the community clubhouse) had been farmed. Significant ‘cut and fill,’ especially on the southernmost end of what would become River Falls Drive, would be necessary to grade the land for the homes and streets yet to come.

Construction of the River Falls development would span forty years – starting around 1967. The first resident of River Falls moved into a home on Stable Lane in May, 1968. The early homes were built on and around the intersection of Stable Lane and Masters Drive. Construction would ultimately conclude four decades later, with the completion of the large, custom, stone home at the foot of the Bridle Lane cul-de-sac in 2005.

The River Falls homes built between 1967 and 1974 were essentially clones of the more popular models from Gosnell’s Virginia developments. With names like Haverhill and Bedford, the homes evoked a New England feel. The sales office at 10500 Stable Lane was a ‘Compton’ and other models were built within the same block. Equestrian themed street names (Bridle, Hackamore, Horseshoe, etc.) were selected, no doubt, because of Potomac’s reputation for horse farms.

Sales literature from August 1969 reveals fourteen different models were available to early River Falls buyers – the Ashdown, Andover, Bedford, Brunswick, Compton, Concord, Hampshire, Hanover, Haverhill, Longley, Lowell, Newport, Providence & Swarthmore. The homes ranged in price from $69,500 (the Ashdown) to $81,800 (the Providence). All homes would have central air, and upgrade options included finished basements ($3,500) and cedar shake roofs ($450-$600). The pace of construction would ebb and flow – with a sewer and gas moratorium stopping all work for five years during the mid-1970’s – Several of the more desirable lots – those on elevated cul-de-sacs – would be held back by the developer for larger, more customized homes to be offered for sale at a later time.

River Falls’ first family moved into their Stable Lane home in May 1968, paying a sales price of $75,500. Many original purchasers were government professionals, lawyers, and employees of IBM, which had several offices in the Washington area. Early residents recall a feeling of isolation, with driving a necessity for shopping, entertainment, and to find friends for their young children. Residents trekked ‘downtown’ (Washington’s shopping corridor along ‘F’ Street) for clothing and other necessities at the department stores of the day – Woodward & Lothrop, Hecht’s, and Garfinkles. (The mammoth Tysons Corner Shopping Center would open in 1968 as well – radically changing the shopping landscape.) ‘The Village, – long known as the local shopping destination for Potomac dwellers, and located at the intersection of River & Falls Roads, was certainly functioning in the 1960’s, but with fewer choices than we know today. The District Grocery Store (‘DGS’) occupied the building where the Hunter’s Inn and Chico’s are now located; the Safeway would open its doors in 1968. A drug store and longtime favorite, The Surrey, were available, as well as the whimsically named ‘Happy Pickle Restaurant & Bar’ occupying the large corner house which sits on the southwest corner of the River and Falls Roads intersection (a building now occupied by the W.C. & A.N. Miller Co.).

As the community expanded with young families, so did neighborhood activities and governance. Gosnell established building covenants in 1969 to ensure reasonable uniformity when homeowners began making exterior improvements to their homes. These same covenants stand today. In 1973 the River Falls Community Center Association (RFCCA) was established by Gosnell to manage the community’s clubhouse, pool and sporting amenities. Two years later, in 1975, resident activists broke away from the larger West Potomac Civic Association to form River Falls’ own community association to fight the county’s plan for a sewage treatment plant nearby. Achieving partial success (the sewage plant was deferred and has never been resurrected) the Civic Association of River Falls (CARF) continues to this day as a voice for River Falls’ interests. And what about the 175 acres on which the treatment plant was to be built? It now holds a stable and portions of the professional golf course in the community we know as Avenel.

In the early years of construction, approximately 40 homes were built each year, until the WSSC sewer moratorium stopped construction from 1974-1978. When building began again, a new generation of ideas enriched the process with the involvement of John W. Gosnell, the son of Jack, who would guide the company’s development in River Falls until the community was complete. John was no novitiate. He had worked for his father and Gosnell, Inc. from the youthful age of 13 – learning all aspects of the building business from the ground up.

Buyers purchasing in the 1980s (on Coach, and the Brickyard end of River Falls and Hackamore) would have the choice of new and updated models with fresh floor plans. The ‘Windsor’ model, with its breezeway between the house and garage, would prove a particular favorite’ One-of-a-kind customs began to appear – as exemplified by homes like 10501 Rock Run Drive and 7917 River Falls Drive. As building moved south on River Falls Drive (toward the river) many of the homes expanded in size, and new features became available. River Falls Court introduced the community’s first home with a semi-circular driveway, and the first ‘Salem’ model featuring a master bedroom on the first floor.

In 1987 Claire Kitchen, the elderly owner of a small piece of property at the corner of Brickyard and MacArthur, passed away. Gosnell Inc. immediately purchased the land (on which it had already acquired first right of refusal) and now possessed the final piece of land needed to complete the community. Thereafter large, upscale colonial homes were built around the Brickyard entrance to River Falls. including homes on the south side of Stable Lane, one home on Brickyard, and two homes on the Brickyard end of ‘Little’ MacArthur. These impressive homes would establish a grand entrance into the community from the lower Brickyard entrance. Around this same time Bridle Terrace, the elevated, private double culde- sac which the developer viewed as the premiere location within River Falls, was developed with large, custom homes.

A curious eye on a neighborhood stroll will find several interesting quirks and anomalies. Ever notice the sole one-story rambler on the lower end of Masters Drive – tucked among all the two-story colonials? That was an accommodation to a buyer who used a wheelchair. Moreover, there are two homes on River Falls Drive that have elevators. What about the home at 8100 Hackamore Drive that appears to be facing the wrong way? That was intentional – in deference to the county’s earlier plan to use its grassy right-of-way to connect Hackamore Drive to the dead-ending Belfast Place – which sits just through the trees. And the other home in the 7700 block of Hackamore Drive which holds the distinction as the only home built with a single garage? That was an accommodation to a buyer whose lot was not large enough to hold the Providence model he dearly wanted. Why is Stable Lane the only street to have sidewalks? That’s because the county required it in the belief that Stable would become a cut-through for traffic circumventing MacArthur Boulevard. That prediction, thankfully, did not come to fruition. What about all that undeveloped, wooded land which sits northeast of the clubhouse, adjacent to Brickyard Road? That’s land which the developer was required to set aside for the construction of a future public school – the fate of which remains undetermined. And are you aware there is moderate priced housing in River Falls? The last structure you see on the right side of Stable Lane when driving west (toward Great Falls) is a building containing thirteen MPDU’s (Moderately Price Dwelling Units). Built in 1996, this structure fulfilled Gosnell’s obligation to the 1973 Montgomery County ordinance requiring developers of communities with 50+ homes to include affordable housing.

Within River Falls there are two sections, each reflecting a different marketing approach by Gosnell Inc. What residents often refer to as ‘old’ River Falls refers to the part of the community on which construction began in the mid-1960’s. These are all single family homes which sit on half acre lots and are bordered by Brickyard Road on the east and north, MacArthur Boulevard on the south, and River Falls & Hackamore Drives on the west. The original River Falls was built for families. with yards for the dogs, wide streets for the kids, and a swim & tennis club to promote sports and family gatherings.

‘New’ River Falls would be developed more than twenty years later, in the late 1980’s, and would be marketed in the early 1990’s. ‘New’ River Falls is a mix of town homes and detached homes with modest lots. These properties line both sides of Stable Lane between River Falls Drive and MacArthur Boulevard. If ‘old’ River Falls was geared toward families, the ‘new’ River Falls – with large kitchens, cathedral ceilings, and finished lower levels ready for guests – was built with the empty nester and young professional in mind.
A significant part of the River Falls ambiance, both ‘old’ and ‘new,’ can be attributed to Gosnell’s attention to detail and a willingness to exceed local building requirements. River Falls’ extra-wide streets, underground power lines and storm sewers, and streets with concrete curbs contrast with narrow streets without shoulders and overhead utility lines found in other nearby communities.

Many of today’s residents continue to be the original owners, now empty nesters, who still enjoy the River Falls lifestyle. Not surprisingly, many River Falls kids of yesteryear have returned to the fold to raise their own children. These returning adults have wonderful memories of growing up in River Falls. The Fourth of July parade with streamer decorated bicycles, tennis lessons, lemonade stands, swim teams and lifeguarding, and hiking the C&O Canal towpath – there was, and is, no shortage of neighborhood activities. Several residents of ‘old’ River Falls have migrated over to the lower maintenance ‘new’ River Falls. Another phenomenon is the number of River Falls residents who ‘move up’ from one home to another right here in the same community. ‘When a home goes up for sale in River Falls – put on your running shoes, – is the saying oft quoted when, during a brisk housing market, homes receive multiple contracts on the first day. In fact, many times the homes are sold directly to anxious buyers who began their search long before their dream home came on the market. It is interesting to note that all four of John ‘Jack’ Gosnell’s children chose River Falls in which to live and raise their own families. Well built homes, charming tree-lined streets, proximity to the nation’s capital, and a national park quite literally out its back door are the things that attracted the first buyers to River Falls years ago. The community flourishes today as one of the Potomac’s premiere family-friendly communities for these same reasons.